The Mid-Line Loop will enable expanded crossings of NEC Middle Zone trains. Once built, it would allow trains originating from Jersey Avenue to cross NEC tracks without interfering with train movements on the other tracks. The improvements would speed up operations and provide substantial additional capacity that could be used to increase the number of trains when necessary. 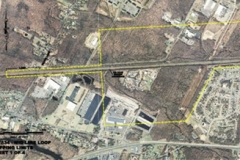